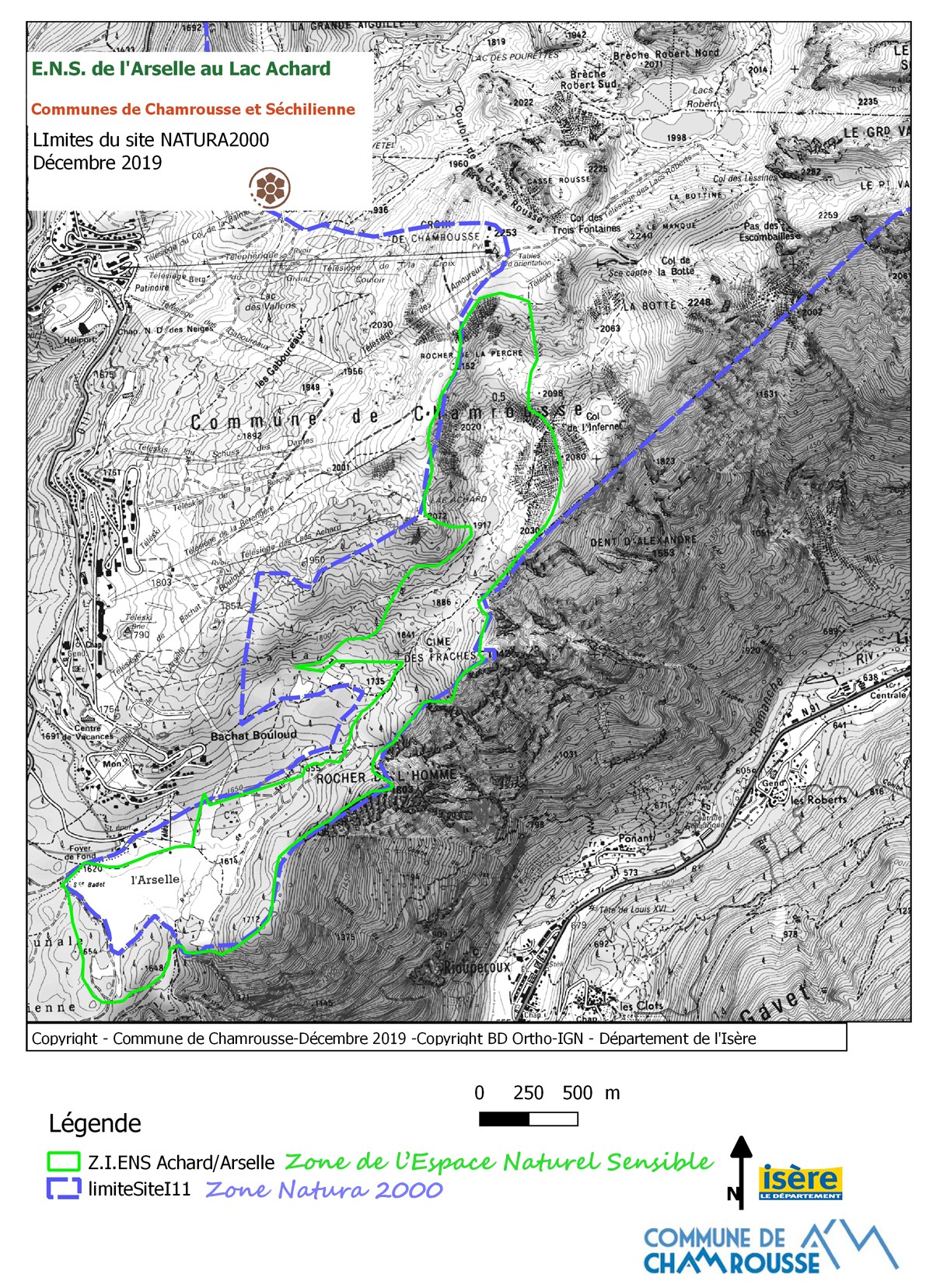 Chamrousse is classified: It is 639 ha of the commune of Chamrousse that are concerned by the Natura 2000 site "Cembraie (pinewood), lawns, lakes and peatlands of Belledonne, from Chamrousse to Grand Colon".The Natura site stretches from the Plateau de l'Arselle to the Crozet lake and the Col de Freydane under the Grand Pic de Belledonne through Achard lake, Robert lakes, the Pra plain and the Grand Colon.

The Natura 2000 site - I11 "Cembraie (pinewood), lawns, lakes and peatlands of Belledonne, from Chamrousse to Grand Colon"


This natural site has been designated for its natural habitats, including Chamrousse’s Cembraie (pinewood), high-altitude lakes and peatlands, as well as alpine lawns. In addition, the site hosts a multitude of species of sensitive fauna and flora.
On the operational side, an agri-environmental measure to preserve the wetlands of La Pra has been underway since 2012 with the Pastoral Group of La Pra, as well as a contract to reopen the alpine lawns from 2012 to 2014 in the Colon sector. The peatlands of Arselle is, for its part, followed as part of its labelization in Natural Sensitive Communal Area (ENS).

More information on the Natura 2000 website.
The proximity of the agglomeration of Grenoble leads to strong tourist pressure via outdoor sports throughout the year. For this reason, practitioners of these nature sports are asked to participate in the preservation of the site by staying on the trails, and by not parking in sensitive areas such as "wetlands". It goes without saying that no waste should be abandoned on the site.

The Chamrousse natural site is surrounded by natural areas with a special purpose:

Display the map Close the map